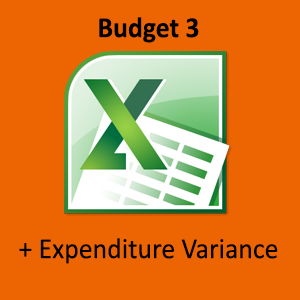 Having this on a training budget forces you to do two things.Firstly, if your summary shows a variance in red (a negative and bad thing spreadsheet-wise), then you’ll know something serious is wrong. You need to go to the Income or Expenditure tabs, work out where that variance is, and what caused it. Track it back until you find it, and then work out what you need to do about it.

There will be masses of variance during pre-production and the production itself when you have lots of Projected figures but very few Actuals, so get used to seeing red numbers in the variance columns, and make sure you know why they’re there so you don’t panic. As long as you do that, you’re less likely to come unstuck.

The second advantage of having Variance on your budget is that when you come to do the post-mortem on your production*, you’ll easily be able to see where you overspent or underspent, and where your projected income varied from your actual income. That means that when you next come to budget a show, you’ll know what went a bit squiffy last time, and have a better chance of getting your projected figures closer to those you’ll actually end up with.

Start on the Summary page, and follow the little notes I’ve left you. You just need to get a feel for this one. It makes sense properly once you’ve done a whole production from beginning to end, either in reality or virtually. Either way, don’t panic: you have all the time in the world to play around with this until you feel comfortable with it.

When you’re ready, move on to budget 4.